Cat Is Very Offended By New Sign Her Family Put In The Bathroom – Rights History Skip to the content
Lila’s family adopted her from the Nebraska Humane Society a little under a year ago, and not long after she arrived in her new home, she became obsessed with playing in the toilet.

“She has been intrigued with playing in the toilet for about six months now, I would say,” Maddie Swigart, Lila’s mom, told The Dodo. “She is not like other cats, in the sense that she has a strange infatuation with water. Ever since she was big enough to jump up on the toilet she has found it fun to dip her paws into the water.” 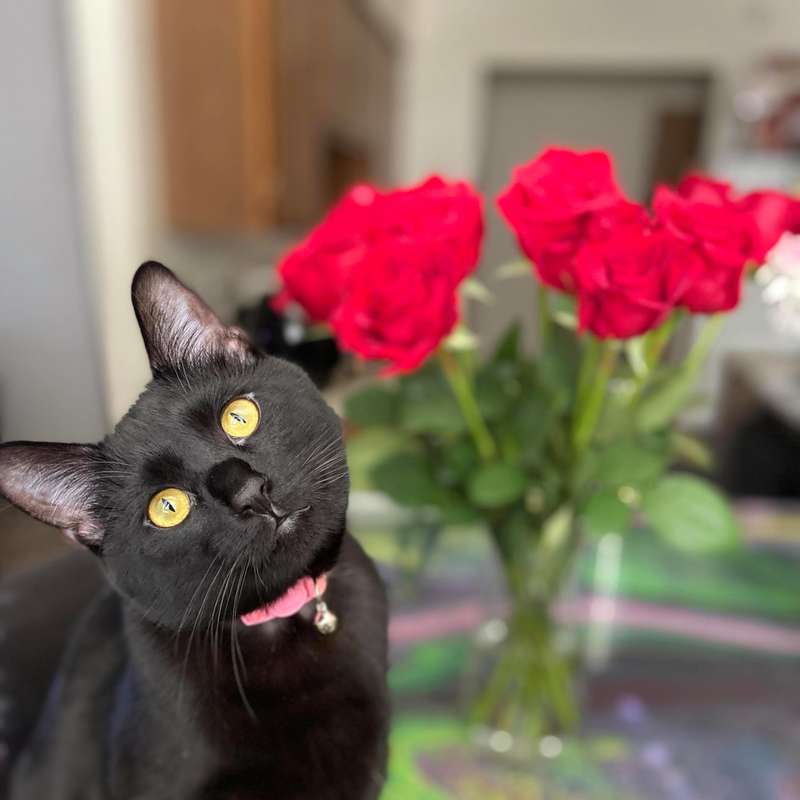 While Lila’s family finds her absolutely adorable in every other way, they started getting a little tired of her toilet antics and came up with a way to try and keep the toilet lid closed whenever it wasn’t being used.

“I finally got tired of having to wipe the excess toilet water off of the toilet seat after Lila had her fun,” Swigart said. “We also had a time where one of our guests would go to use the restroom and come out concerned that someone may have missed the toilet because the seat was wet.” 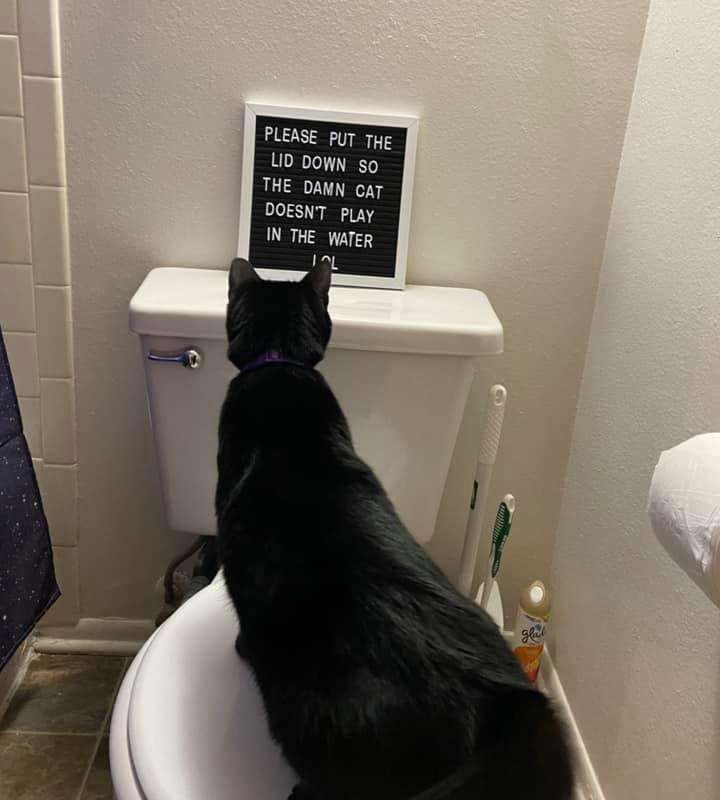 Swigart decided to put up a sign on the back of the toilet that says, “Please put the lid down so the damn cat doesn’t play in the water lol.” Once the sign was up and the lid was down, Lila jumped up on the toilet to investigate — and was very offended by the new bathroom sign.

“I laughed so hard,” Swigart said. “I loved how it looked like she was reading the sign. Lila has such a smart but sassy personality so I could just picture her reading the sign and thinking, ‘What the heck, Mom?’” 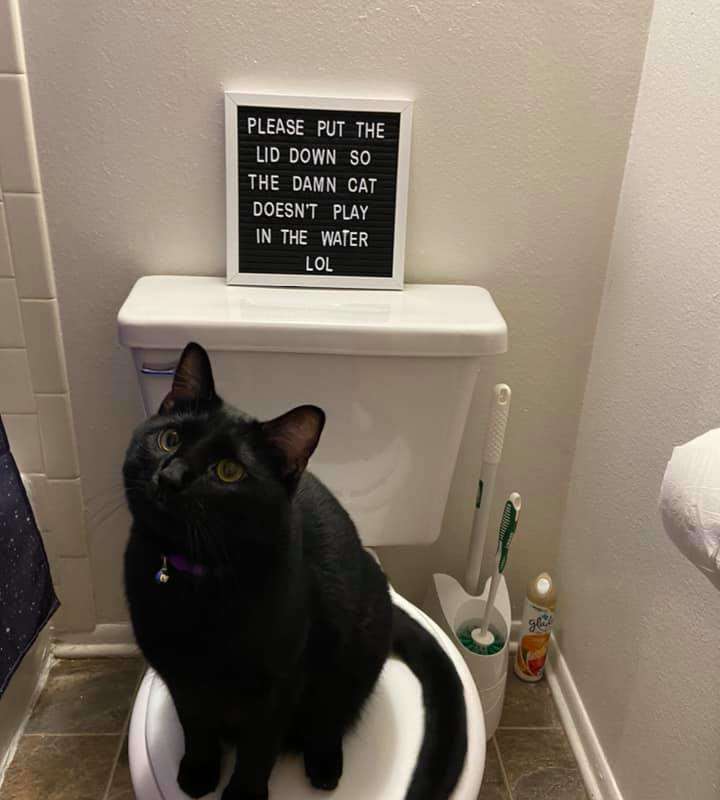 Luckily for her family, but much to Lila’s dismay, the sign has been working, and the lid now stays closed whenever the toilet isn’t being used. Of course, Lila very much misses being able to play in the toilet, and still tries to find a way around the new rule every chance she gets.

“She will literally sit and stare at you while you’re using the toilet just waiting for you to get up so she can try to beat you to the toilet before the lid goes down,” Swigart said. “Whenever I flush and the lid is down she hops on top of the lid and tries to swat at it as if she could somehow get it open. She’s such a character!”