Silly Pittie Turns Himself Into An Optical Illusion Every Night | Rights History Skip to the content
Glancing at a photo of Cooley the pittie, you might not be sure what you’re seeing.

The goofy dog can twist his body into a confusing shape that makes you wonder, “What part of a dog am I looking at?”

But turning into an optical illusion is all part of Cooley’s nighttime routine. 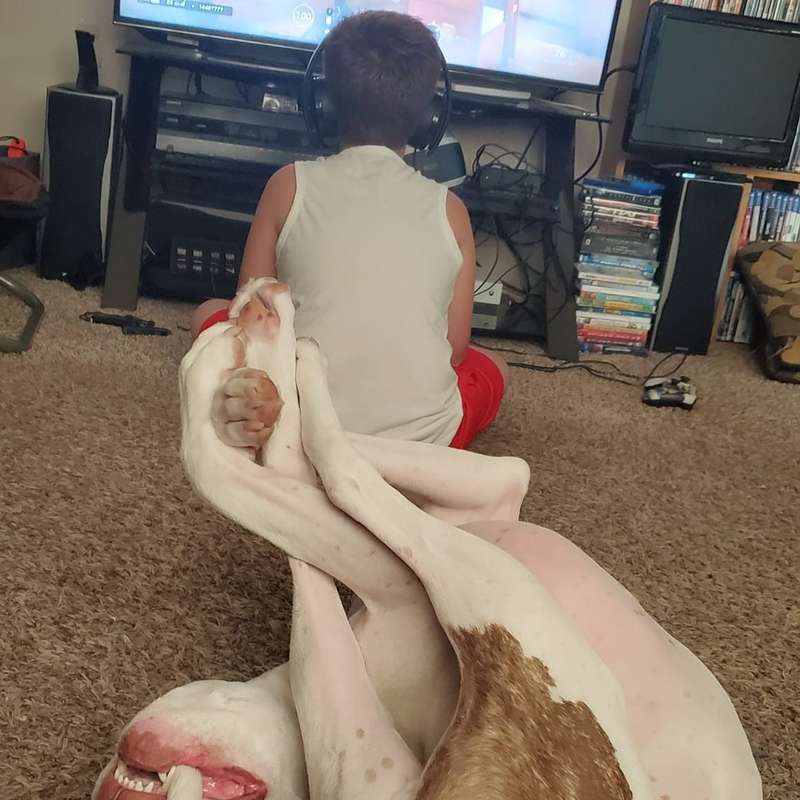 When Cooley feels like his family isn’t giving him the attention he deserves, he flops on his back and tries to catch his tail.

“He will do this almost every night!” Danielle Case Becraft, Cooley’s mom, told The Dodo. “He will somersault into a pretzel with all four feet in the air and try to get his tail.”After a few minutes of holding this position, the pup will pop up, wagging his tail, and then do it all over again. “I think he is just playing and being silly,” Becraft said. “We always say he’s broken and needs a reset button when he does it.”Becraft adopted Cooley two years ago from Fort Wayne Pit bull Coalition, and the pup couldn’t be more grateful. At 4 months old, he had been surrendered twice, but when Becraft and her children met the energetic pup, they knew he’d be a perfect addition to their family.

“He will give kisses on request and he loves our three kids,” Becraft said. “He could be friends with any other animal and doesn’t know a stranger.” 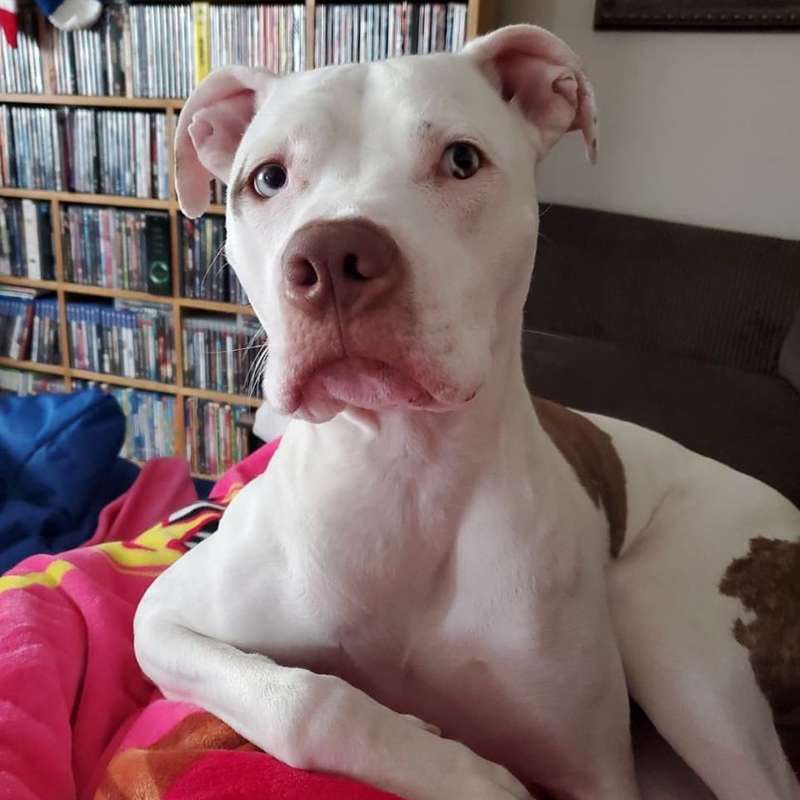 When Cooley isn’t doing “the twist,” he’s begging his family for belly scratches and snuggles or to let him outside so he can do zoomies. Needless to say, this pup is one-of-a-kind.