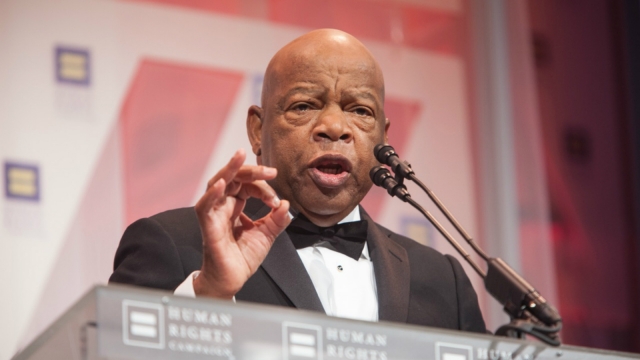 HRC responded to the tragic news that U.S. Representative John Lewis (D-GA) has passed away at the age of 80.

“Congressman John Lewis is a hero and civil rights icon who pushed our country closer to the promise of a more perfect union,” said HRC President Alphonso David. “Future generations will learn how he faced down discrimination with courage and defiance, boldly challenging the United States to envision a future where every person, no matter their race, sexual orientation or gender identity, has an equal chance at the American Dream. His legacy will live on in the work we do every day to further his mission and continue to get into ‘good trouble’ in the name of equality and justice. We join the nation in mourning the loss of this giant, and share our deepest condolences with Congressman Lewis’ family and loved ones.”

In addition to his decades of service to the American people as a civil rights leader and U.S. Congressman, Congressman Lewis has been a long time, outspoken advocate for LGBTQ equality.Speaking at HRC’s 2016 National Dinner, he said of the LGBTQ community: “You and I are partners. We are part of an ongoing struggle to redeem the soul of America, to help people in this country and around the world come to grips with one simple truth: we are one people. We are one family. We are the human family.”

Congressman Lewis worked closely with Rep. David Cicilline (D-RI) and Sen. Jeff Merkley (D-OR) during the drafting of the Equality Act and was a lead sponsor of the legislation — a bipartisan bill which would finally add clear, comprehensive non-discrimination protections for LGBTQ people to our nation’s civil rights laws. He has a perfect 100 rating on HRC’s Congressional Scorecard and, among other things, was also the lead sponsor of the Every Child Deserves a Family Act, which would prohibit federally funded child welfare service providers from discriminating against children, families and individuals based on religion, sex, sexual orientation, gender identity and marital status.