Sneaky Shelter Cat Picks The Perfect Spot To Hide – Rights History Skip to the content
When CC first arrived at Pet Alliance of Greater Orlando, he was incredibly nervous. He came from a family who’d had to rehome him, and the big change in going from his home to a shelter had left him confused and scared. Everyone at the shelter did their best to help CC feel comfortable, and while he began to warm up to his rescuers, he was still a little nervous and started looking for hiding spots where he could feel safe.

In one of the cat rooms at the shelter, there’s a wall that has little shelves where cats can perch, and that soon became one of CC’s favorite spots to hide — especially because along the wall and the shelves there are black cats painted, meaning he can just blend right in.

“CC loves a good hiding place no one knows about (or thinks no one knows about),” Caryn Morris, digital marketing and communications manager at Pet Alliance of Greater Orlando, told The Dodo. “At the shelter, he liked the landings next to the decals because he could still see everything, and wasn’t cooped up in a cat house.” 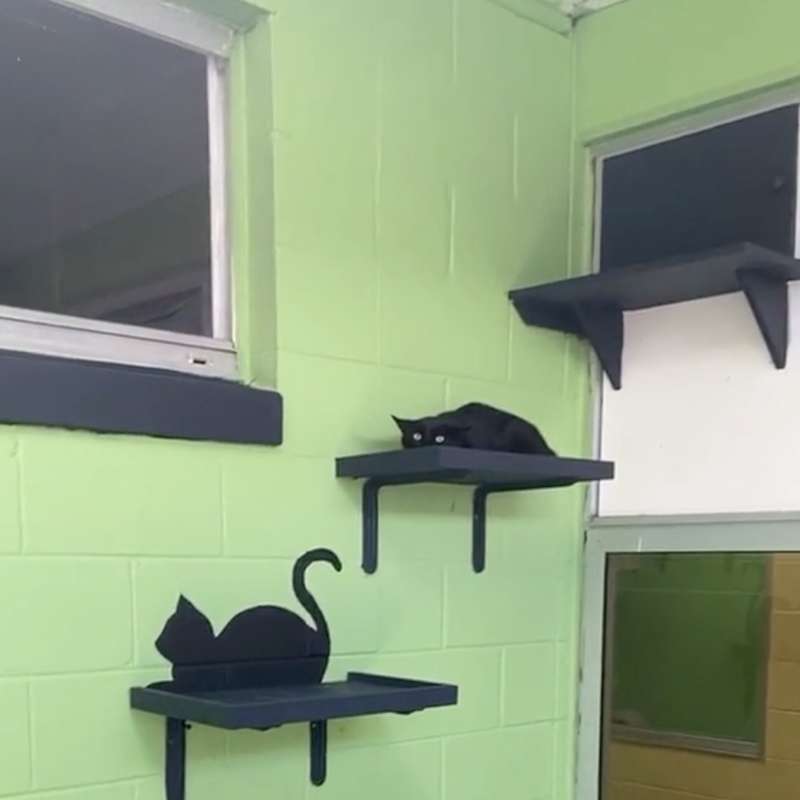 CC loved perching on one of the higher shelves, crouched low and pressed up against the wall to blend in as much as possible. Next to the black cat paintings on the wall, a lot of people actually had trouble spotting him — which is, of course, exactly what CC wanted.

“I must have walked by a half dozen times coming to and from our adoption lobby to the cattery kennels looking for cats to feature on our social channels,” Morris said. “When I finally ventured into his free-roam room, it took me a second to spot him. I totally cackled when I finally noticed where he was sitting.”Once everyone at the shelter realized that was CC’s favorite spot, they loved pointing him out to families as they wandered through the shelter — most of whom definitely wouldn’t have spotted him on their own.

“CC’s choice in location was definitely a crowd-pleaser,” Morris said. “We would point it out to any who walked by. If you heard a burst of laughter coming from that hallway, you knew it was because someone saw CC. One time, I pointed CC out to one person who genuinely did not see him for a full minute. It wasn’t until they got inside his room that they noticed.” 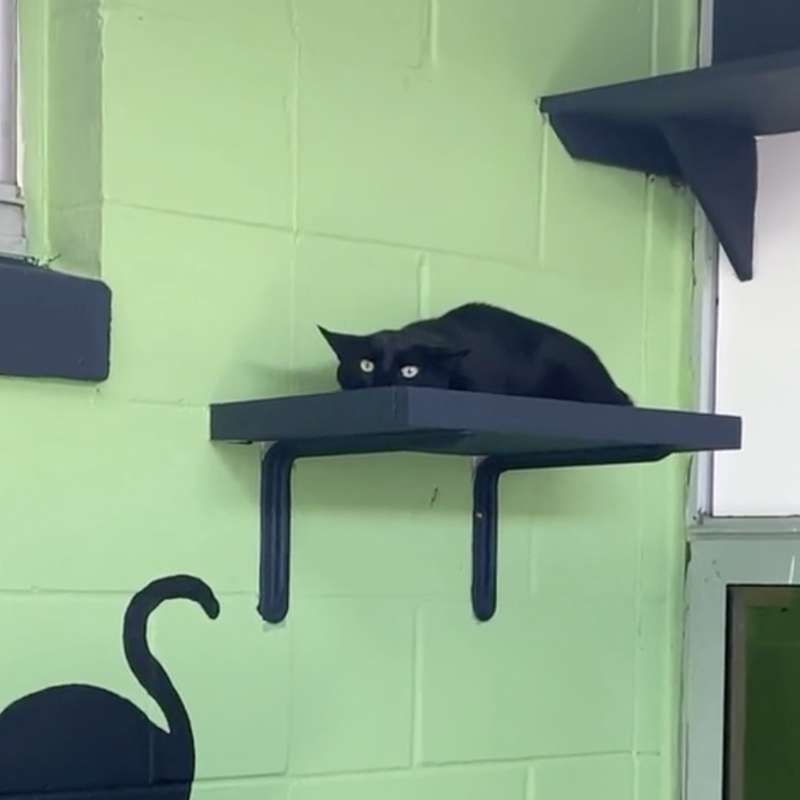 CC is now in a foster home and has a potential adopter lined up, so his days of blending in next to the black cat paintings are behind him. Everyone at the shelter misses seeing him up on that shelf, though, and can’t help but wonder if CC knew exactly how well he managed to hide himself.

“If CC was up there because it’s a nice high location to observe his domain or he knew it was camouflage, we can’t know for certain,” Morris said. “But something in his eyes at the last second of the video makes us think it was an intentional choice to blend in.”