Helpful Cat Lets Her Dad Know When He’s Had Enough To Eat | Rights History Skip to the content
When it comes to food, maintaining proper portion control can sometimes be a challenge — but lucky for Vincenzo Padula, he doesn’t have to watch what he eats.

There’s someone else doing that for him. 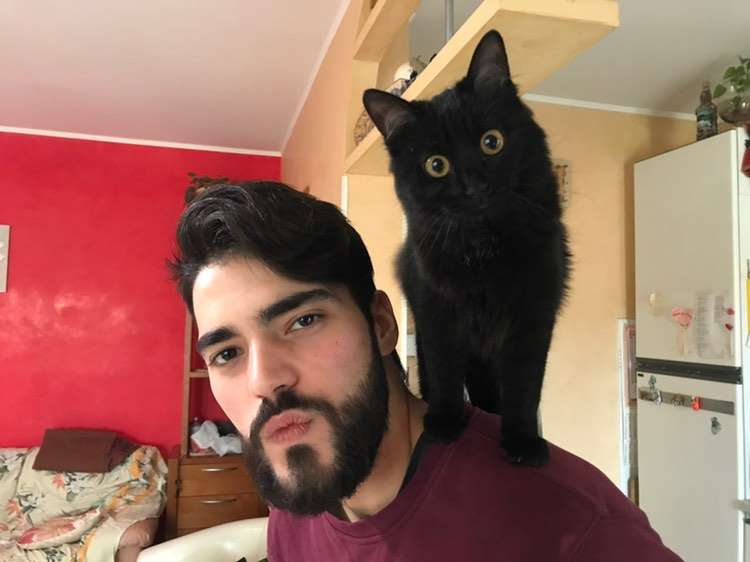 Padula shares his home with a charming black cat named Eva. She’s a very mindful companion, insistent on staying on top of whatever her owner is up to. Literally.

“She likes to stand on his shoulders, like a parrot,” Gaia Garofalo, Padula’s girlfriend, told The Dodo. “Especially when he eats.”

It’s during those occasions that Eva gets most involved.As Padula nears the end of his meals, feeling compelled perhaps to finish what’s on his plate, Eva often steps in — slapping food from his fork as if to say, “You’ve had enough already.”

Here’s how that plays out:This happens often enough that Padula actually comes to expect it. In fact, he’s begun to incorporate it into his regular mealtime routine.

Rather than, say, guard his fork from Eva’s reach, he shows it to her first — giving her full opportunity to veto that final bite.

“I think it’s a game for her,” Garofalo said. “In my opinion, she likes teasing Vincenzo a little bit.”

That may be true, but he doesn’t seem to mind. 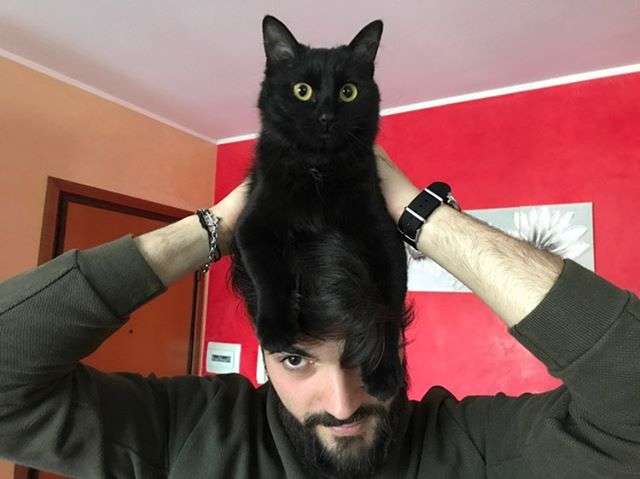 The cat, while an unlikely diet-enforcement aide (and unapologetic mess-maker), is so much more than that to her owner.

“Vincenzo loves Eva,” Garofalo said. “For him, she’s a treasure.”